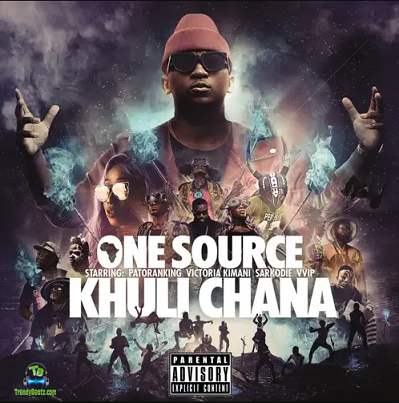 And here we have another classic song "Shots" by the South African rapper, Khuli Chana featuring Gaopalelwe Apu Sebekedi.

Amazing South African rapper, Khuli Chana unleashes another beautiful record which he titled "Shots" alongside Gaopalelwe Apu Sebekedi. He kicks off the song in, 2017 and has started making a trend in South Africa and across the country. It is one of the nice and interesting tracks from his new album "One Source".

Khuli Chana offers a new album "One Source", which is the third album after the great work on "Lost In Time" in 2012. One Source was released under the imprint of MyThrone Records.

The album is another phenomenal and well-created body of work which was made of Hip-hop and Rap. It compiles a number of twelve tracks which feature guest appearances from Sarkodie, Victoria Kimani, KayGizm, Cassper Nyovest, MDB, Patoranking, Zeal VVIP, Tubazack, Gaopalelwe Apu Sebekedi, Stonebwoy, Aewon Wolf, Kyle Deutsch, DJ Bucks and Shareen, who rendered good services in making it a done and dusted work.

In conclusion, the song "Shots" appeared as the 7th and one of the best tracks that deserve to be in your playlist and here you have it for your free download.