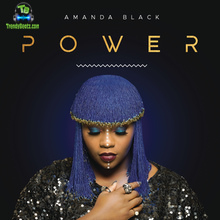 Again, we have the song "High Interlude" by the African female recording artist, Amanda Black.

On a blissful day like this, the soul recording artist, Amanda Black released a new song "High Interlude" to the hearing of her fans out there. It was made worldwide in 2019 and has started making a trend in South Africa. "High Interlude" is said to be one of the tracks off her new and second studio album "Power".

Taken from the project, the song "High Interlude" was listed as the 11th track that will surely be worth a place in your playlist and here you have it for your free download... The production was handled by Loud Haileer and Christer.


Share Amanda Black - High Interlude Mp3 with others on;