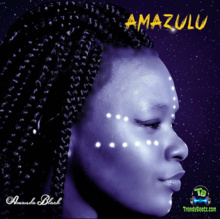 This time, Amanda Black gives out another beautiful sound "Kahle" as she offers a new album.

"Kahle" is the new song recorded by the South African gifted singer, Amanda Black. It was released in 2016 and has started gravitating in South Africa and across the country. An impressive song that comes off her new and debut studio album "Amazulu" which has been shared on all platforms.

Amanda unleashed her debut studio album "Amazulu" which was released under the imprint of Ambitiouz Entertainment. A project where Amanda showcases her true self and the high echelon of her music genres.

Amazulu is a splendid and phenomenal body of work album made of R&B, afro-soul and soul. It houses a number of fourteen beautiful tracks with no guest appearance. Production was handled by Christer, Amanda Black, Ruff, Lunatik, Vuyo Manyike and Ron Epidemic, who rendered good services in making it a done and dusted work.

Lastly, the song "Kahle" makes way for itself to be the 2nd and one of the most beautiful songs that will make you hit the replay button again and again... Listen and download it below!!!