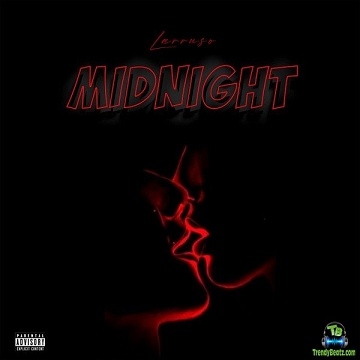 Renowned Ghanaian musician who goes by the name, Larruso unfolds this mid-tempo soundtrack captioned, Midnight, as one of his 2022 songs, for his esteem fanbase to emanate pleasure and vibes from It. He really put a lot of effort into this latest creative output, one would love to hear and over again. Cop it below.

Larruso is one of the new school generations artists in Ghana, his fans keeps increasing as the days goes by. He has collaborated with top-notch Ghanaian musical artists including; Shatta Wale, Stonebwoy, Samini and many others. The singer has a very unique versatile pattern in doing music which his fans loves.

However, Ghanaian Reggae/Dancehall and Afrobeats artist who made his swift rise in the music scene in 2019 following the release of his debut single “Killy Killy” update our playlist with this stunning record named, Midnight, produced by a brilliant Ghanaian music producer called, GigzBeatz.