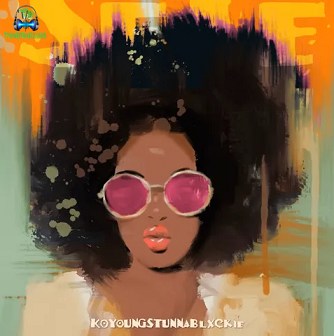 Take the song "Sete" by the rapper-singer, K.O featuring Young Stunna and Blxckie.

Popular South African rapper K.O released a new beautiful melody "Sete" as he features the likes of Young Stunna and Blxckie, who added their voices to create something beautiful. "Sete" is a nice record made of Afrobeat which was released this year, 2022 and has started going viral and collecting many streams on the platforms.

Ntokozo known professionally as K.O is a South African rapper. He is known for his solo album "Skhanda Republic (2014)" which comes after his departure from Teargas, a South African Hip-Hop trio comprising K.O and brothers, Ntukza and Ma-E. K.O is one of the most celebrated rap stars who has been associated with many superstars in the industry.

Today, after many great works, the Amapiano and award-winning rapper released a new song "Sete" as he links up with Young Stunna and Blxckie, who showcase their different capabilities in giving the beat nice voices and lyrics for the listening delight of the fans. Trust me, you won't like to miss this one from K.O.

Masterkraft ft. KO - Me And You