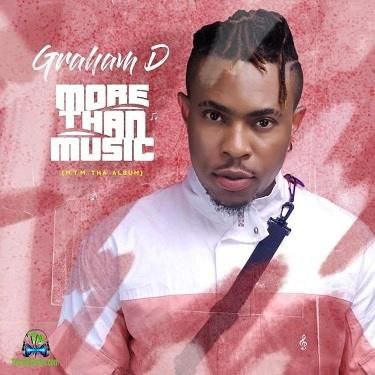 Graham D, the Nigerian singer and songwriter released a new song "When (Refix)" as he features Kola Boy.


To create something beautiful, Graham D released the refix of classic and Afropop sound "When" which features the rap star, Kola Boy. It was recorded and released in 2019 and has started making a trend out there. "When (Refix)" is off his new debut studio album "More Than Music".

Graham D offers his debut studio album "More Than Music" after a few successful singles. A new album where Graham D proves his true self and goes beyond fans' expectations.

More Than Music is a special body of work album made of Afro-pop. It compiles a number of twenty-one tracks which feature guest appearances from Aboli (Romeo WJ), Erigga, Proxy Peezy, Kola Boy, Ebisco, Baddaman Cod, GNews, Dezign and Em_Storm, who rendered good services in making it a done and dusted work. Indeed, the project is worth listening to as Graham D shows what it is to be an ace music star.

Taken from the album, the song "When (Refix)" stands as the 10th and one of the best tracks that will surely take your enjoyment very far... Trust me, you won't like to miss it as you stream and download it below!!!


Share Graham D - When (Refix) ft Kola Boy Mp3 with others on;