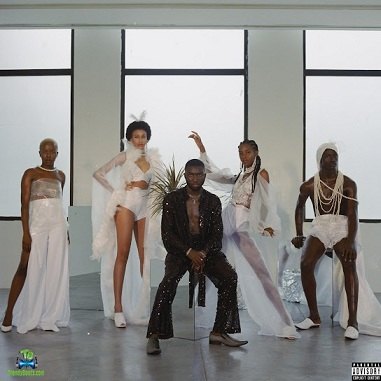 The gifted one, Odunsi The Engine released a new catchy and stunning melody "Divine" alongside Davido.


Odunsi The Engine surprises the fans with a new classic and astonishing piece of melody "Divine" which features the voice of Davido, the Nigerian superstar. The song was recorded and released in 2018 and has started making a trend out there. "Divine" rises from his new and second studio album called "Rare".

Odunsi The Engine offers his second studio album "Rare" after the successful release of "Time Of Our Lives" in 2016. The new project was unleashed under the management of Kimani Moore Entertainment.

Rare is a phenomenal body of work album which was highly anticipated. A project where Odunsi still proves his capabilities. It compiles a number of fourteen tracks which feature guest appearances from Hamzaa, Davido, Duendita, Santi, Nasty C, Runtown, Tay Iwar, Amaarae, 234jaydaa, Solis and Zamir, whose individual services are generally acknowledged, Truly, the album is worth listening to as capabilities and talents are seen at their high echelon.

The song "Divine" from the project happens to be the 5th and one of the amazing tracks that will make you hit the replay button again and again... Trust me, you won't like to miss it!!!


Share Odunsi The Engine - Divine ft Davido Mp3 with others on;

Odunsi The Engine - Wanted You

Odunsi The Engine - Take Me There

Odunsi The Engine - Take A Break

Killertunes ft. Odunsi The Engine - Do Me