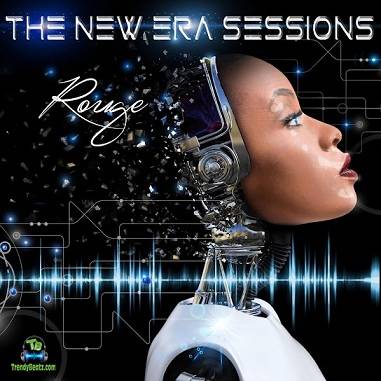 
Still doing what she knows best, Rouge who utilises the Hip-hip just releases another favourite record "Mbongo Zaka", alongside the female rapper, Moozlie. She made this song worldwide in, 2017 which comes off her remarkable body of work album named "The New Era Sessions".

Rouge released her debut studio album "The New Era Sessions", which was released under an exclusive license to David Gresham Records For The World. A project where she puts some energy and showcases her capabilities.

The New Era Sessions is a well-created and extraordinary body of work album. It is made of Hip-hop and Rap which houses a number of fifteen beautiful tracks that feature guest appearances from Kly, Sha Sha, Moozlie and Bigstar, whose individual services are generally acknowledged. Indeed, the album is really worth listening to as Rouge's talent is seen at its high level.

From the album, the song "Mbongo Zaka" happens to be the 13th and one of the most interesting tracks you've been wanting to overhear and here you have it for your free download.


Share Rouge - Mbongo Zaka ft Moozlie Mp3 with others on;

Mi Casa ft. Rouge - How Could You

Shekhinah ft. Rouge - Power To She