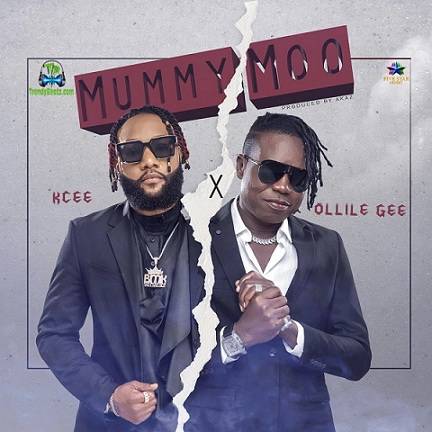 
Top Trending Nigerian song maker, KCee who is known for his credibility and versatility in the music scene outdoors this incredible music named, Mummy Moo, which features Ollile Gee, who got a verse to showcase his talent to the fans and the music community at large.

Badman KCee dished out this tune after he kick off the year 2022 with a groovy record named, True Love. The "Limpopo" crooner, who is also the elder brother to E-money, has gained so much fanbase who believes in his talent and also makes sure he feeds them with good melodies.

Mummy Moo was carefully crafted by Kcee together with Ollile Gee. The two music crooners really displayed their individual talents on this Afrobeat-inspired tune, one can conclude beyond doubt that this masterpiece is a clear definition of what good music should sound like.

Kingsley Chinweike Okonkwo popularly known as Kcee decided to bless the ears of his listeners with this outstanding catalogue together with Ollile Gee, as his second instalment for the year 2022.