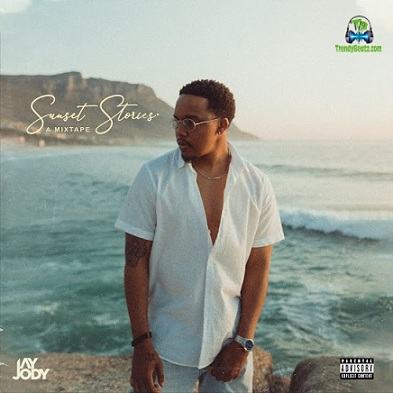 
Jay Jody comes again as he released this interesting melody "Fed Up" which had the additional voice of the SA rapper, Blxckie. It was recorded and made known in 2022 and has started making a huge trend in South Africa and across the country. "Fed Up" rises from his new project "Sunset Stories: A Mixtape".

Jay Jody released his second studio mixtape "Sunset Stories: A Mixtape" after the successful release of "heaveN caN waiT: thE narroW dooR, vol. 1" with A-Reece and BLUE TAPE. The new project was released under the imprint of Revenge Club Records.

Sunset Stories: A Mixtape is another well-created body of work mixtape which was highly anticipated. It is made of Hip-hop and Rap which houses a number of twelve tracks which features B.O.Y Wonder, Una Rams, Blxckie, Kaydance, Towdee Mac, IMP Tha Don and Marcus Harvey whose individual services are generally accepted and acknowledged.

Finally, the record "Fed Up" comes as the 5th and one of the most interesting tracks that will surely be worth a nice and perfect place in your music playlist... Just listen and download it below!!!


Share Jay Jody - Fed Up ft Blxckie Mp3 with others on;

Jay Jody - We Should Be

Jay Jody - The Sun Set Up

A Reece ft. Jay Jody - Something To Fight For

A Reece ft. Jay Jody - More Than A Night

A Reece ft. Jay Jody - Out Of Reach