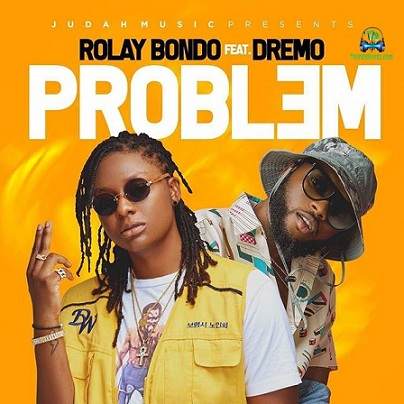 Rolay Bondo teams up with the DMW recording artist, Dremo to unveils this melody tagged, Problem.


Rolay Bondo unveils another beautiful melody captioned, Problem in the year 2018. She combined force with a very and rated song maker in the industry called Dremo, who gave a refined performance to this marvellous soundtrack.

This incredible single named, Problem was delivered by the fast-rising female rapper called Rolay Bondo alongside Dremo to execute this wonderful remedy for his fans to listen and enjoy to. Both song makers did justice to this soundtrack, switching flows and some vital punchlines.

Rolay Bondo became known officially as a musician when she released her debut single, 'New Wave', featuring one of DMW signed artists, Peruzzi. Some of her records include; Trying, Fire Burn, One Night and many other jaw-dropping harmonies and rhythms.


Share Rolay Bondo - Problem ft Dremo Mp3 with others on;