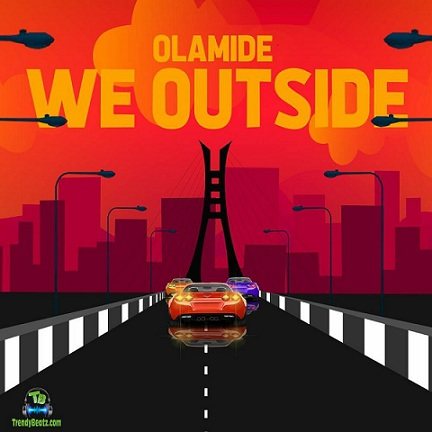 Track Title: We Outside

Veteran Olamide comes through with a new masterpiece soundtrack tagged, We Outside, which he uncovered in the year 2022.


Top-Notch Versatile musician Olamide Gbenga Adedeji professionally known as Olamide surfaced back into the music scene as he kick off the second quarter of the year 2022 with this single record tagged, We Outside, which will definitely blow your mind as he really came through on this one.

Olamide is one of the biggest and most influential artists in Africa, the singer and rapper have released numerous breathtaking records and albums to his credit which made so much waves. He primarily raps in Yoruba, a language spoken in West Africa. Olamide instantaneous flow has helped to popularize hip-hop in Nigeria.

However, this newly-dished record serves as a follow-up after he opened his music account with the song labelled, Hate Me, starring one of the Afrobeat finest singers, Wande Coal, with a bumpy P Prime orchestrated instrumental to entice the catalogue and was gladly accepted his fans.

We Outside is another tremendous entry from the prominent artist called, Olamide to enjoy and feel good. Also, this catalogue seems to be part of his forthcoming album named, Unruly, which he said might probably be his last in the music industry.


Listen to Olamide - We Outside Mp3 Here!