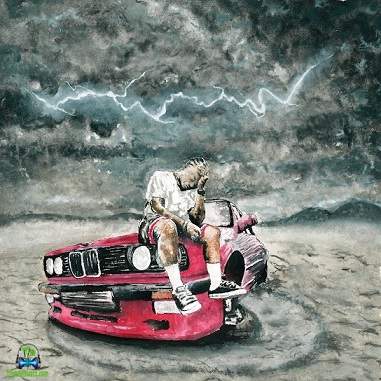 And here we have the song "Win" by the Hip-hop recording artist, Priddy Ugly featuring Blxckie and Zoocci Coke Dope.


Priddy Ugly comes along with rappers, Blxckie and Zoocci Coke Dope as they create the song "Win" which would be accepted and enjoyed by all. It was recorded and released in 2022 and has started making a trend and counting many streams on the platforms. "Win" rises from his new offering "MUD", an album of seven tracks released by STAY LOW.

Priddy Ugly unleashed a new album "MUD" after the successful release of "SOIL" in 2021. The new project was released through the management of STAY LOW.

MUD is another splendid and well-created body of work album made of Hip-hop and Rap. It compiles a number of seven tracks which feature vocals and guest appearances from South African recording artists, Lordkez, Bontle, Marcus Harvey, Blxckie, Zoocci Coke Dope, Maglera Doe Boy and Lady Du, who rendered good services in making it a successful one.

The song "Win" from the album appeared as the 4th and one of the most enjoyable tracks you shouldn't miss from Priddy Ugly... Just listen, download and share with others below!!!

Kly ft. Priddy Ugly - 5AM In The East