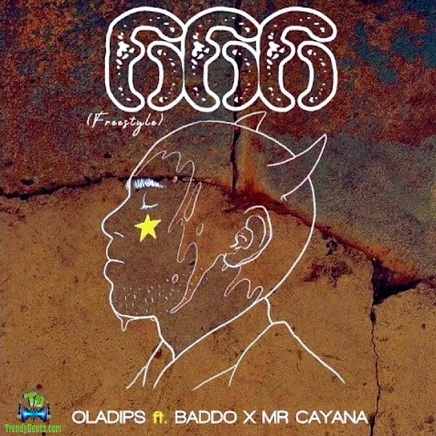 Another song from OlaDips and he calls this one, 666 (Freestyle), which features Baddo and Mr Cayana.


Multi-talented song maker, OlaDips who mostly composed his songs in his native dialect, Yoruba, dished out another exciting song called, 666 (Freestyle), in which he enlisted two talented music entertainers; Baddo and Mr Cayana, as the both featured artists showcased their talent to the audience out there.

666 (Freestyle) is a must-listen-to, the famous Nigerian rapper and singer, OlaDips did wonderfully well in the catalogue, adding some vital bars to the instrumental. However, the song follows up after his record named, "Escolopidium (Funwonje)" which is still garnering lots of streams, views and downloads on various music stores.

OlaDips officially known Oladipupo Olabode Oladimeji is a Nigerian indigenous rapper, whose fans keeps increasing as the days goes by. He has this music vibes and he has always capitalised of that part anytime he is delivering his content to the music community.