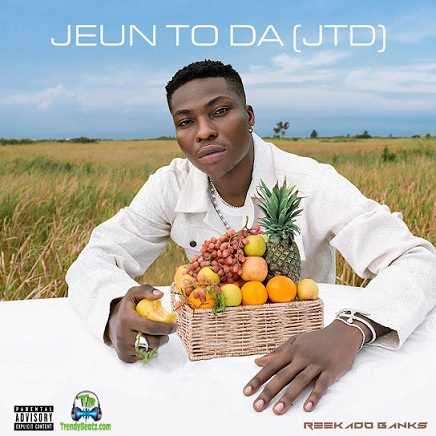 
Prolific and talented Nigerian song maker and songsmith, Reekado Banks outdoors a new masterpiece soundtrack tagged, Jeun To Da (JTD), for his esteem fans to emanate pleasure and vibes from it. He really put a lot of effort into this catalogue, one would love to hear over and over again.

Reekado Banks uses this scintillating song to open his music account for the year 2022 after a long hiatus in the music mainstream. He moves away from his outstanding extended playlist, "Off the Record, Vol, 2" which holds the amapiano-infused single "Ozumba Mbadiwe".

Reekado Banks is considered one of Africa’s most consistent hitmakers and this is proven by the exhibition of music heavyweights that have enlisted his prowess as a featured act. This list includes Nigerian pop stars Wizkid and Tiwa Savage as well as East African songstress, Vanessa Mdee and many others.

The new Afrobeat-inspired tune tagged, Jeun To Da (JTD), is another tremendous tune from the hard-working and brilliant songster, Reekado Banks, beautifully written and recorded in order to quench the urge for music by fans who has looking up to him in that aspect.


Share Reekado Banks - Jeun To Da (JTD) Mp3 with others on;