A Reece - Bigger Than Me ft Emtee | Download Music MP3 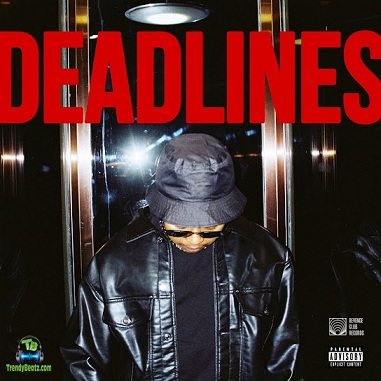 Track Title: Bigger Than Me

South African popular hitmaker, A-Reece has come through with a new song "Bigger Than Me" featuring Emtee.


Thinking that it wasn't enough, A-Reece dropped another fascinating and classic number "Bigger Than Me" as he features the great SA rapper, Emtee. It was recorded and released in 2022 and is off his new and phenomenal body of work album "Deadlines: Free P2".

A-Reece released his second project of the year "Deadlines: Free P2" after the successful release of "The Burning Tree" in April. The new offering was released through Revenge Club Records.

Deadlines: Free P2 is a well-curated and phenomenal body of work album made of Hip-hop and Rap. It compiles a number of seven tracks which feature guest appearances from Quentin Miller, Marcus Harvey, Jay Jody, DJ Maphorisa, Yolophonik and Emtee whose services are generally acknowledged.

From this great project, the song "Bigger Than Me" appeared as the 6th and one of the most interesting tracks that will surely be worth a nice place in your music playlist... Listen, download and share with others below!!!


Listen to A Reece - Bigger Than Me ft Emtee Mp3 Here!


Share A Reece - Bigger Than Me ft Emtee Mp3 with others on;

A Reece - Something To Fight For

A Reece - Bigger Than Me