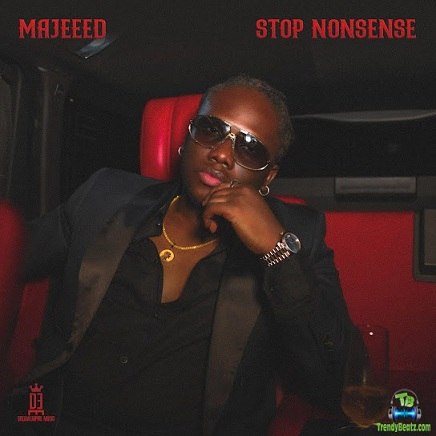 Here comes another feel-good vibe from Majeeed which he titles, Stop Nonsense.

Young and talented record maker, Majeeed pulls through with this joint, Stop Nonsense, for the fans to listen and be entertained. It was in this year 2022 that this captivating tune was recorded, for the excitement of his fast-growing fanbase.

Majeeed is a hardworking kid on the music block. This track, Stop Nonsense, is another jaw-dropping soundtrack from the singer, displaying his vocal prowess and versatility. However, it follows up after his much-accepted extended playlist tagged, "Bitter Sweet", which houses six amazing tracks.

The multi-talented musician drops this exciting track, Stop Nonsense, a record produced by renowned beatmaker known as Masterkraft. Listen and enjoy this entry below.