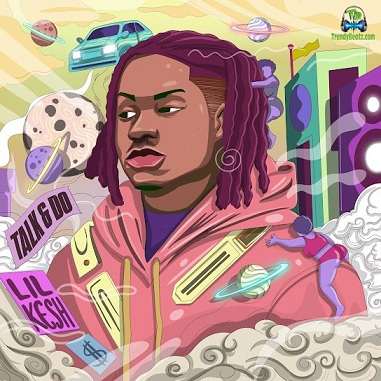 Track Title: Talk And Do

Nigerian superstar, Lil Kesh returns with this jaw-dropping harmony named, Talk And Do.


Professionally known as Lil Kesh, a Nigerian recording artist outdoors this amazing soundtrack captioned, Talk And Do, the song comes with mind-blowing lyrics and rhythms, as the singer portrays his unlimited talent and versatility to the general public with this studio number.

Lil Kesh who is known for his passion and hard work for good music really came through on this Reward Beatz and Niphkeys-produced soundtrack, Talk And Do, which will take over the music mainstream in no distant time, released in the year 2022.

The song you are about to listen to follows-up after Lil Kesh's collaboration with the brilliant Afro-pop singer, Joeboy on the record named, "Vanilla Bottega", where both singers, bring their lyrical prowess and sonorous vocals, which describes the big-boy lifestyle, with fame, cruise and flex.

Keshinro Ololade popularly known as Lil Kesh made his mainstream debut on the Nigerian music scene in 2014 with the viral hip-hop song "Shoki", leading to remixes from the likes of Davido and Olamide.


Share Lil Kesh - Talk And Do Mp3 with others on;

Lil Kesh - Talk And Do

Lil Kesh - All The Way