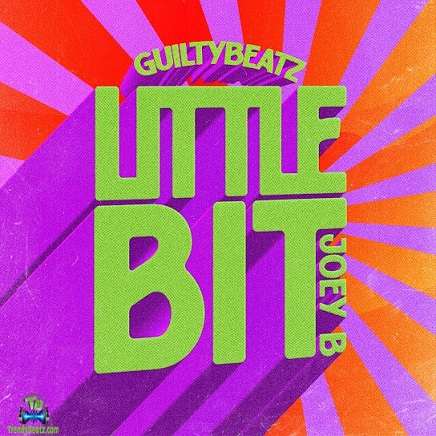 Here comes this self-produced tune by GuiltyBeatz which he tagged, Little Bit, featuring Joey B.

Ghanaian music producer professionally known as GuiltyBeatz unravels this well-curated soundtrack named, Little Bit, with vocal assistance from a wonderful and incredible music entertainer, Joey B disclosed in the year 2022.

The afro-pop influenced record called, Little Bit is a must-listen-to. All artists present in this catalogue showcased so much professionalism and confidence as they did justice to this song we have, which will keep you excited from start to finish.

This GuiltyBeatz's second instalment for the year 2022 following, "Universe" which features Twitch 4EVA and Mr Hudson, which is still buzzing around and garnering lots of streams, views and downloads on various music stores.

Ronald Banful, known professionally as GuiltyBeatz, is a Ghanaian DJ and record producer. Born in Palermo, Italy, GuiltyBeatz first gained prominence as a music producer after his production on "Bad girl" by Jesse Jagz ft. Wizkid, "Sample You" by Mr. Eazi and his hit "Akwaaba" featuring Mr. Eazi, Pappy Kojo and Patapaa.


Share GuiltyBeatz - Little Bit ft Joey B Mp3 with others on;