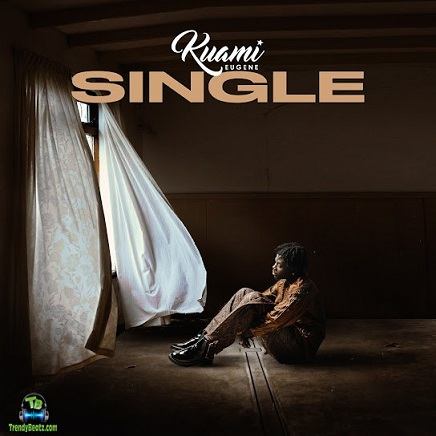 Here comes this self-produced track by Kuami Eugene which he tags, Single. Released in the year 2022.


High and Rated Ghanaian music singer and songsmith, Kuami Eugene drops this sparkling remedy captioned, Single. He really put a lot of effort into this song, sure to serenade your minds and earbuds, released in the year 2022 for the general public consumption.

This masterpiece soundtrack is Kuami Eugene's second installment for the year 2022 and will buzz everywhere in no distant time. His delivery and vocals on this euphony is so eloquent and very on point. Rockstar fondly called by fans is who he thinks he is.

Kuami Eugene officially known as Eugene Kwame Marfo is one of the households in Ghana, when it comes to Afro-pop music. The singer has unraveled several breathtaking singles and albums which gained so much massive airplay and reception.

Today, 3rd November 2022, the esteemed Ghanaian songster put smile on the faces of his audience with this fusion of Afrobeat and Amapiano-fused record captioned Single.