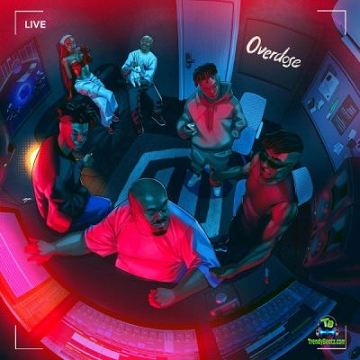 Here is a new song "Overdose" which was recorded and released by the Nigerian record label, Mavin featuring, Crayon, Ayra Starr, Ladipoe, Magixx and Boy Spyce.


Mavin Records releases a new gorgeous piece of music titled "Overdose" and feature vocals from, Crayon, Ayra Starr, Ladipoe, Magixx, and Boy Spyce. They released this song in the year, 2022 which has started making a huge trend and becoming the new Afrobeat music to enjoy this time. The production was handled by the CEO, Don Jazzy.

Mavin Records is a Nigerian music corporation record label founded by record producer and recording artist Don Jazzy on 8 May 2012. It is one of the best record labels in Nigeria and Africa which houses lots of recording artists and producers. In 2014, they won the "Best Record Label of the Year" At the City People Entertainment Awards.

After the huge success with "Dorobucci" in 2014, Don Jazzy released a new one, since the fans wanted one. It features the label signees Crayon, Ayra Starr, Ladipoe, Magixx and the newly signed crooner, Boy Spyce, as they showcase their different capabilities and fans are gladdened once more.

Crayon - Excuse Me (Rock You)