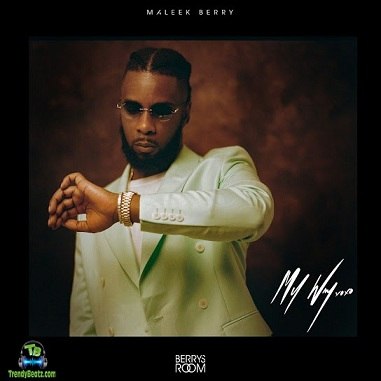 Update your playlist as Maleek Berry returns back into the game with a new enchanting music captioned, My Way.


The popular British-Nigerian singer and record producer widely known as Maleek Berry hit the studio with this entrancing audio named, My Way, which comes with mind-blowing lyrics and rhythms, beautifully written and recorded to quench the urge for music by his fans who always look up to him on that aspect.

This is Maleek Berry's first installment for over two years now. The awesomely-composed soundtrack is a lead single to his forthcoming studio body of work tagged, "If Only Love Was Enough", coming in the year 2023.

Maleek Berry officially known as Maleek Shoyebi is a talented British-Nigerian music producer and Afro-pop singer. He started producing tracks for such artists like Wande Coal and Wizkid before releasing his own material.

So without much ado, stream, download and share this jaw-dropping tune produced by Legendury Beatz tagged, My Way, by the famous singer, Maleek Berry.


Share Maleek Berry - My Way Mp3 with others on;