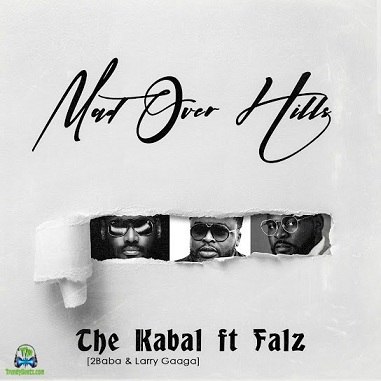 Prominent Nigerian lyrical genius widely known as 2Baba unleashes a well-curated soundtrack captioned, Mad Over Hills. The song also features Larry Gaaga, The Kabal, and prolific rapper, Falz, to give his listeners the best pleasurable and exciting moment as they listen to this wonderful track, released in the year 2022.

You can't help but love this tune from 2Baba and Larry Gaaga, The Kabal, and Falz, they all showcased their vocal abilities and talents in the music business. It is 2Baba's second installment the year following his debut entrancing euphony "Smile", a dedicated record for his lovely wedded wife.

2Baba officially known as Innocent Ujah Idibia is widely regarded as one of Nigeria's greatest musicians of all-time. The iconic singer has registered his name on the minds of many music listeners and has also become a source of inspiration to many burgeoning artists.

Today 11th of November, 2022, award-winning singer, 2Baba blesses our speakers with this astonishing Marvio-produced soundtrack captioned, Mad Over Hills with vocal support from Larry Gaaga, The Kabal and Falz.


Share 2Baba - Mad Over Hills ft Larry Gaaga, The Kabal, Falz Mp3 with others on;