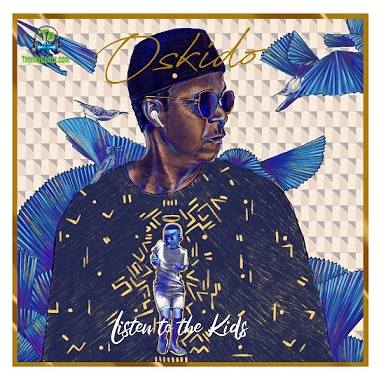 
Oskido thrills the fans with a new captivating and appealing record "Speaking In Tongues" which feature King Tone Sa and Celimpilo. It was recorded and released this year, 2022 and is one of the favourite tracks from his new studio album called "Listen To The Kids".

Oskido released his seventh studio album "Listen To The Kids" after the successful release of "Keep Hope Alive" in 2021. A well-curated album that includes lots of sensational artists from Africa.

Listen To The Kids is a remarkable and well-curated body of work that is made of Amapiano. It compiles a number of seven impressive tracks which feature guest appearances from Mthandazo Gatya, x Wise, Ze2, Deep Sen, King Talkzin, Sjijo Majikijo, King Tone Sa, Celimpilo, Young Stunna, Kabza De Small and Niniola, who rendered good services in making a successful one.

From the project, the song "Speaking In Tongues" stands as the 6th and one of the most enjoyable tracks that will make you hit the replay button again and again... Listen and download it below!!!!