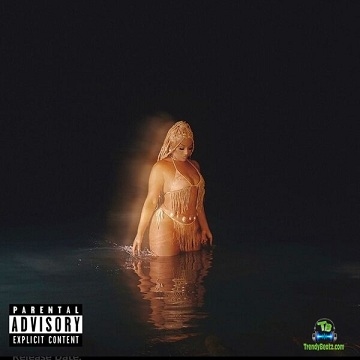 Track Title: The One

Today, we have a new song "The One" by the Hip-hop and Dancehall female singer, Stefflon Don.


"The One" is a new song by the British-Jamaican female singer, Stefflon Don. It was recorded and released worldwide in 2022 and has started going viral and collecting many streams and fans' commendations. It was released by 54 London Limited under an exclusive license to BMG Rights Management (US).

Stephanie Victoria Allen better known by her stage name Stefflon Don, is a British rapper and singer. She rose to stardom after her 2017 single "Hurtin' Me" featuring French Montana peaked at number 7 on UK Singles Chart. With lots of records with her, Steff is one of the most celebrated female acts in the industry.

Thinking that it wasn't enough after the release of "Clockwork" with Spice, the amazing singer just offered another satisfying one "The One" which would be highly accepted and enjoyed by the fans. Its production was handled by BDON, Nathan Butts and Tyree Hawkins, whose services are well-accepted.


Listen to Stefflon Don - The One Mp3 Here!

Share Stefflon Don - The One Mp3 with others on;