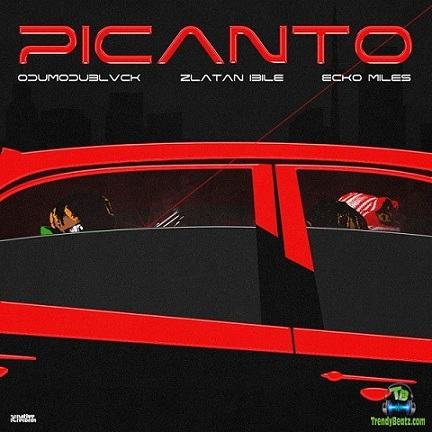 
Promising and ambitious Nigerian rapper, OdumoduBlvck unfolds this jaw-dropping tune tagged, Picanto, he hires studio appearances from Zanku Records boss, Zlatan and Ecko Miles, which his music audience will be pleased to hear.

This Jimoh Soundz-produced soundtrack gets the three music entertainers; OdumoduBlvck, Zlatan and Ecko Miles switching flows and some vital punchlines, that will keep you excited from start to finish and having Zlatan here is an added advantage.

The talented and gifted Afro Drill Rapper and Hip-Hop artist, OdumoduBlvck is one of the hard-working kids in the music block to reckon with, he has featured in songs with various famous artists like Erigga, PsychoYP and many others.

So without much ado, stream, download and share this incredibly-composed tune tagged, Picanto, with other music folks performed by OdumoduBlvck alongside Zlatan and Ecko Miles. One thing about this rapper is his quest for recognition in the music scene.