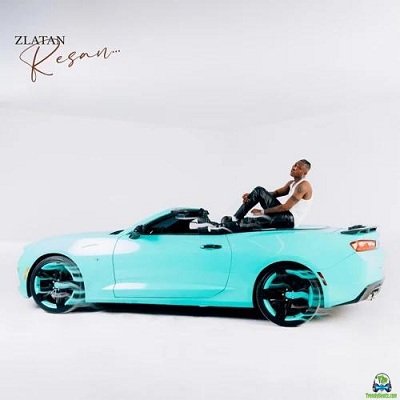 Nigerian wordsmith, Zlatan, hit the studio once again with this record he tags, Money, with vocal support from Nigerian Global musician, Davido whose flavour was overwhelming in his verse part. This record is one of the hit tracks, which makes up his most recent album, Resan.

Zlatan has always thrills his fan back-to-back without resting. This young dude has a very unique versatile pattern in making music, always consistent and comes out extraordinary. This melody, Money, is a groovy soundtrack, one can't afford to miss. "Nothing Stopping Me From Making Money", sings by Zlatan and Davido. Trust me, this record will surely take over the music mainstream, in no distant time. The record is a HIT!!

Moreover, the afromentined project, Resan is Zlatan sophomore studio body of work, that follows up after Zanku, in 2019. Zlatan has shown his fans and the music community, that music is his thing. His collaboration with OBO is so top-notch. Enjoy this Spell-produced record named, Money. You will surely love it.

Share Zlatan - Money ft Davido Mp3 with others on;

Zlatan - Let Be There Light