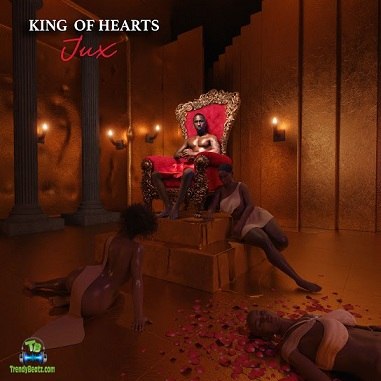 "Number One" is a new song by the sensational singer, Jux alongside Blxckie.


Jux dropped another fascinating melody "Number One" as he feature a voice from the South African rapper, Blxckie whose service is well-accepted. The new entry was recorded and released in 2022 and is off his new and anticipated album called "King Of Hearts".

Jux released his sophomore studio album "King Of Hearts" after the great work and successful release of "The Love" in 2019. The new offering was a self-released one in which he goes beyond expectations and showcases the high echelon of his music genres, pen game, and capabilities in reaching fans' satisfaction.

King Of Hearts is a well-created and phenomenal body of work that is made of R&B. It houses a number of sixteen tracks and feature guest appearances from Bien, Gyakie, Konshens, Zuchu, Joe Dwet File, Terri, Khanyisa, Yumbs, Fik Fameica, Young Lunya, Marioo, Pabi Cooper, and Tony Duardo, who rendered good services in making it a done and dusted work.

In addition, the song "Number One" appeared as the 12th and one of the best tracks that will surely be worth a nice and perfect place in your music playlist... Listen and download it below!!!


Share Jux - Number One ft Blxckie Mp3 with others on;

Marioo ft. Jux - Only You

Gyakie ft. Jux - I Love You