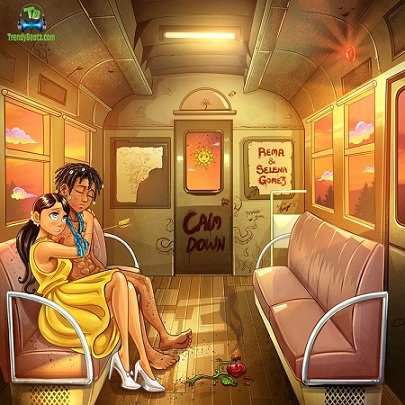 
What a great collaboration as the Nigerian music crooner known as Rema unfolds the remix of his hit catalogue called, Baby Calm Down, featuring beautiful and talented American chanteuse, Selena Gomez, who gave a refined rendition to the song, which is so beautiful and soothing to the heart.

It was in the year 2022 that this phenomenal soundtrack was unveiled for public consumption.
With his unique vocals, Rema is becoming one of Nigeria’s most talked-about musical innovators. The singer has gained so much fanbase who believes in his talent. His self-titled extended playlist in the year 2019, received generally favourable reviews from critics and since then he keeps feeding his audience with good quality sounds displaying his multifaceted qualities.

However, this Andre Vibez and London-produced record called, Baby Calm Down (Remix) by Rema together with Selena Gomez is a must-listen-to. Their vocals marched perfectly with the beat, and Rema vibe perfectly, maintaining the same energy as the original release.

Yeah, I know I look shy but for you I get down, oh, woah
And my hips make you cry when I'm moving around you (yeah)
Do it once, do it twice (do it twice)
I push back, you hold me tight
Get a taste for a night...


Share Rema - Baby Calm Down (Remix) ft Selena Gomez Mp3 with others on;

Rema - Are You There (Video)

Stany ft. Rema - Only You