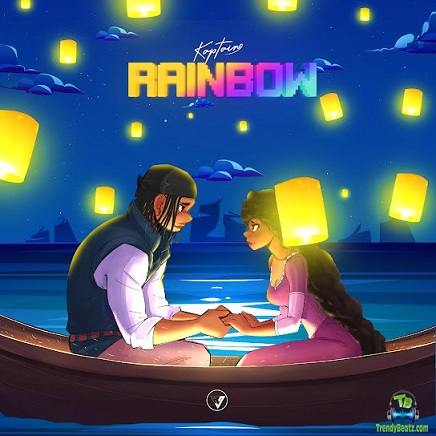 Kaptain arrives with a new audio and he titles this one, Rainbow. Cop it below.

Promising and Industrious Nigerian rapper and songwriter, Kaptain rolls out this astonishing remedy called, Rainbow. The Mikaba-produced soundtrack is so fascinating and pleasing to the ears, which his esstem fans will be pleased to hear.

Kaptain moves away from his debut album, 'Beyond Any Reasonable Doubt' which spans twelfth amazing soundtrack, with vocal assistance from gifted and talented music crooners, who gave in their possible best for the successful release of the project.

Favour Etuk professionally known Kaptain is one of the hard-working new kids to reckon with. To cement his name on the lips of music lovers, he dropped the EP, Kapacity which was made of four songs. Kaptain had hit tracks like Gbese Gbese, Chemistry, In Love, and Problem.

The latest song tagged, Rainbow, is another enthralling entry that will buzz everywhere and is ascertained to thrill the minds of anyone who hearkens and vibe to it.