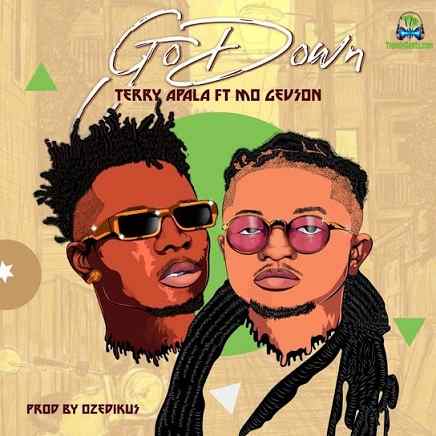 
Super talented Nigerian recording artist, Terry Apala outdoors an exceptional record tagged, Go Down, in which he enlisted Mo Gevson, who gave a refined performance on the catalog, which was unveiled in the year 2022.

Go Down, is a perfect blend of Afrobeat music. The Nigerian recording artist, Terry Apala alongside Mo Gevson showcases their magnificent talent on this soundtrack, which will definitely blow your mind.

However, this soundtrack follows up after Terry Apala's much-accepted studio collection tagged, Aare, which houses ten solid and dope entries starring vibrant musicians like LadiPoe, BackRoad Gee, Duncan Mighty and many others who actually added value to their songs on the project.

Ozedikus, one of the hottest Nigerian record music producers, known for making the most pleasant sounds when it comes to music production is the mastermind behind the production of this lastest soundtrack tagged, Go Down.


Share Terry Apala - Go Down ft Mo Gevson Mp3 with others on;