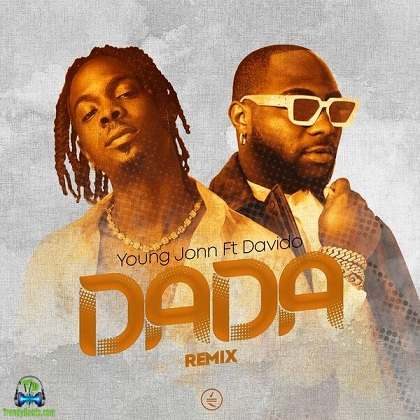 Young John drops the remix of his stunning soundtrack named, Dada, starring Davido. Cop it below.

One of the brilliant music producers and songsters professionally known Young John unravels the remix of this exciting audio captioned, Dada featuring Davido, as they combine studio efforts together to deliver a melodic verse for the already heard single.

This self-produced masterpiece soundtrack was disclosed in the year 2022. The catalogue “Dada” was taken from Young John's recent debut project, Love Is Not Enough, which houses five extraordinary soundtracks, as he proves his versatile capabilities, under Chocolate City Records.

Udomboso John Saviours, popularly known as Young John is a Nigerian record producer and audio engineer. He is best known for producing the critically acclaimed single titled "Story For The Gods" off Olamide's Street OT album.

On this Dada (Remix) by Young John starring Davido, is a combination of two creative talents. It comes with a catchy repetitious hook that would easily stick in lips, minds and hearts. Davido’s influence on tracks shows truly he is The Baddest!!!

Young Jonn - If You Leave