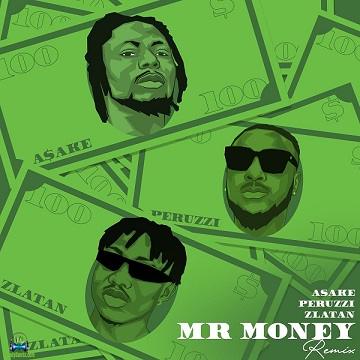 Today, we have the song "Mr Money (Remix) New Song" by the singer, Asake featuring Zlatan and Peruzzi.

To add more pressure to it, Asake calls out Zlatan and Peruzzi on the remix of his song "Mr Money (Remix) New Song", which would be accepted by the fans out there. It was released in 2021 and has started making a trend out there. A nice Afrobeat song you've been wanting to overhear.

Ahmed Ololade Asake known professionally known as Asake is a Nigerian singer and songwriter. He is one of the Nigerian young talented singers who are currently making a big wave in the industry.

Thinking that it's not yet enough after dropping "Mr Money", he calls out the Zanku Record honcho, Zlatan and DMW singer, Peruzzi who added their voice to create something beautiful (The Remix). Indeed, the song is really worth listening to and the production was handled by the Nigerian super producer, Magic Sticks.