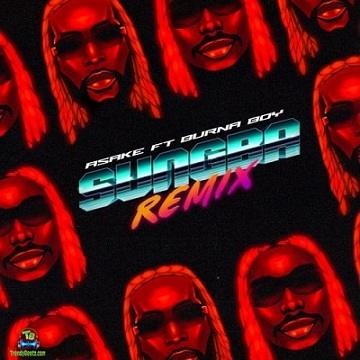 
YBNL newly signed act, Asake unfolds this fascinating tune called, Sungba (Remix) New Song, in which he hires a studio appearance from a vibrant musician known as Burna Boy, who spiced and ginger the record to put a smile on the faces of anyone who pays attention to it.

Sungba (Remix) New Song, is a euphony that you will surely cherish because Burna Boy really did magic on it. However, Asake on his own part showed his acquired musical skills, which was disclosed to the audience in the year 2022.

The original song is one of the tracks which made up Asake self-named extended playlist. It embodies four beautiful songs carefully written and recorded, having only Olamide as a guest performer. Check out the project here Ololade Asake EP

Asake is gradually getting the attention and recognition he is craving for. The Lagos state born entertainer is one of the new school artiste on the block to vibe and reckon with. Listen and download below!!!