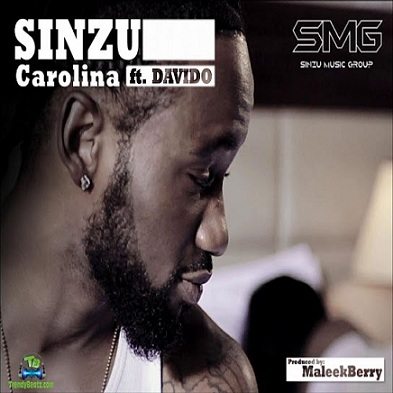 Sinzu, a Nigerian recording artist comes through with this impressive sone tagged, Carolina which features Davido.


In the year 2012, the gifted and incredible music entertainer known as Sinzu hit the studio with this stimulating audio named, Carolina. The soundtrack features one of the hugely influential Nigerian artists, Davido, who added a sultry vibe to the output.

Carolina is a perfect blend of Afro-pop music. Sinzu alongside Davido gave in their possible best on this soundtrack, their delivery and vocals on this project are so eloquent and very on point and was gladly accepted by their audience when it was first released.

Sauce Kid ‘Sinzu' whose real name is Babalola Falemi is a popular Nigerian singer and songwriter born in Lagos state. He rose to fame in 2005 with his single "Omoge" featuring music legend, Mike Okri. He became a household name, having carved a niche for himself in the music industry with many hit songs.

However, Carolina which features Davido is really worth listening to. Its production was handled by one of the top-notch music producers in the industry called, Maleek Berry.


Share Sinzu - Carolina ft Davido Mp3 with others on;