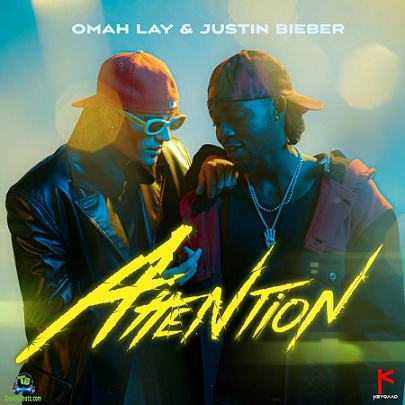 
Stream and Download this special record captioned, Attention (New Song), written and composed by Omah Lay. The record features brilliant Canadian singer, Justin Bieber, who did amazingly well by adding his beautiful voice to this melody, one can't afford to miss.