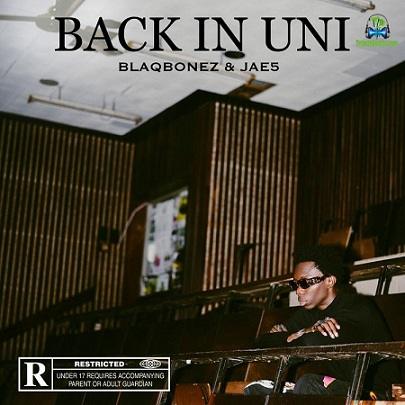 
"Back In Uni" is a new song by the Nigerian hip-hop and Afro-fusion rapper, Blaqbonez which features a guest appearance from, Jae5, the British-Ghanaian record producer and mixing engineer from Plaistow, East London. The new song was recorded and released in 2022. It was produced by JAE5 and released through, Chocolate City.

Emeka Akumefule, known professionally as Blaqbonez is a Nigerian rapper who is signed to 100 Crowns, which is an imprint of Chocolate City. He is a recognised Nigerian rapper known for fusing Pidgin English and English in his music and is known as one of the guards of Nigerian music.

Earlier to his forthcoming album "Young Preacher", the music star unleashed this impressive and highly-anticipated tune "Back In Uni" which would be surely accepted and enjoyed by all. A song which had the guest appearance of JAE5 whose service is also acknowledged as the producer.

Listen and enjoy the new song below!!!


Listen to Jae5 - Back In Uni ft Blaqbonez Mp3 Here!


Share Jae5 - Back In Uni ft Blaqbonez Mp3 with others on;