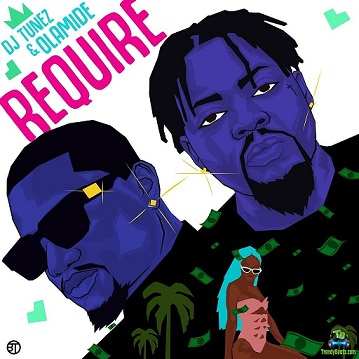 Michael Babatunde Adeyinka, Professionally known as DJ Tunez has been gaining ground in the Nigerian Music Industry as a Disc Jockey turn Singer and Songwriter, with his Pami featuring Wizkid and Omah Lay an Instant Hit, DJ Tunez is aiming for the moon with this Banger titled Require featuring one of the Baddest Nigerian Rapper Olamide Baddo who released 17-track Album tagged ‘Carpe Diem Album’ around 8th October 2020 during the start of the Nigerian Youth’s “End Sars Protest” Against Police Brutality. Before the Release of the Carpe Diem Album, Olamide Adedeji released 9-song EP Which was tagged ‘999 EP’.


Share DJ Tunez - Require ft Olamide Mp3 with others on;