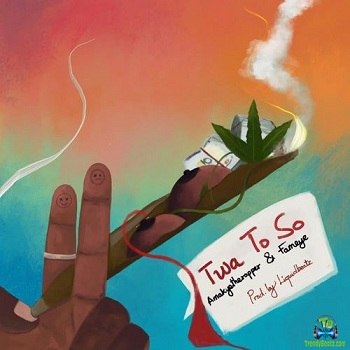 Track Title: Twa To So

Kwadwo Amakye-Ansah Jr known as AmakyeTheRapper is Ghanaian talented rapper and banging hitmaker. Amakye started battle rapping and solidified his spot on LyricalWarsGh years later back in 2015, he as associated with the likes of top rated Ghanaian artiste such as KelvynBoy, Fameye, LiquidBeatz and many more. Fameye whom AmakayeTheRapper featured in this song, Twa To So, is know by his real name Peter Famiyeh Bozah, a Ghanaian talented rapper and singer known for his hit song, Nothing I Get which is an amazing hit jam, he later remix it with trending Ghanaian vocalists such as , Article Wan, Kuami Eugene and the AMG Business rapper, Medikal. This artiste Fameye is still making a huge wave in Ghana's music industry, Just listen to his collaboration, Twa To So by AmakyeThe Rapper.


Listen to AmakyeTheRapper - Twa To So ft Fameye Mp3 Here!


Share AmakyeTheRapper - Twa To So ft Fameye Mp3 with others on;