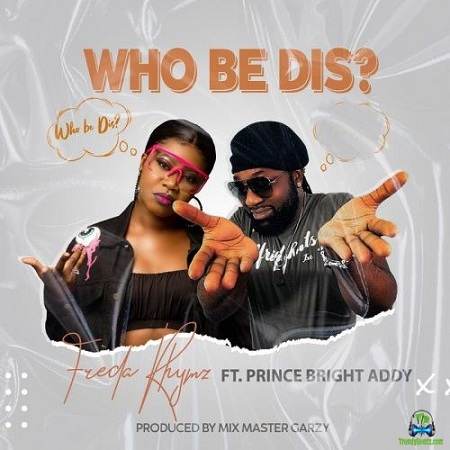 Track Title: Who Be Dis

Prince Bright whom, Freda Rhymz featured in this tune, is also a Ghanaian talented songster, who is the sole surviving of Buk Bak music group, who just dropped his latest song, Pilla, featuring Cina Soul, which was produced by Dat Beat God. Listen up and download Who Be Dis by Freda Rhymz featuring Prince Bright, which currently making wave in Ghana areas now.


Share Freda Rhymz - Who Be Dis ft Prince Bright Mp3 with others on;

Freda Rhymz - Who Be Dis