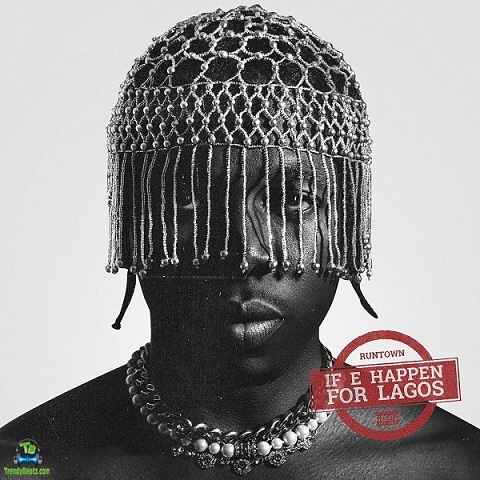 
Here comes the Nigerian Award Winning Star and Fast Rising hit maker, Runtown with his new masterpiece track tagged, If E Happen For Lagos, released not about few Hours ago. This song is now trending all over the Nigerian Music Areas due to it's hit vibe and this new hit jam was produced by Mystro. Following his recent hit track, Kini Issue, which he dropped about few months ago, he decided to release another new jam, hitting the Nigerian Music ground in this year ending vacation.

Douglas Jack Agu, better known by his stage name Runtown, is a Nigerian singer, songwriter and producer. He is a well known artist in the Nigerian Music Industry who has been dropping hit songs since he started his music career years back. In 2014, he released his debut single, Gallardo, which he features the DMW Big Boss Davido and was released as the first hit single off his debut studio album tagged,Ghetto University Album.

Gallardo, was a hit song which went on to win Best Collaboration Of The Year At the 2014 Edition of the Nigeria Entertainment Awards. It was a massive airplay in the Nigerian Music Industry, which also trended in some African countries, like Ghana, South Africa, etc. He released this new song commenting on how we are facing hardship on our personal lives everyday we wake for the new day. The notable lyrics drops, (If you no know big man ,you never know person).

He also comments, on how the Government Leaders, who we all see as our leaders are there doing nothing to solve our Fundamental problems. Nothing to do again and who are we to go ask for, he said. Nobody knows the answers, he also drops. Giving his word of advise to us, he said that we should make up our own ways by ourselves since this is how it's being done in the country.


Listen to Runtown - If E Happen For Lagos Mp3 Here!

Share Runtown - If E Happen For Lagos Mp3 with others on;