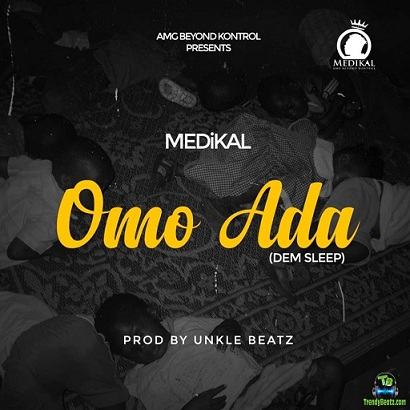 The AMG Business rap star, Medikal a.k.a Abowa Woto Nono, is a Ghanaian hip hop musician, who comes from Sowutuom, a town in the suburb or Accra in Ghana. Signed under AMG Business and AMG Beyond Kontrol Records, who won Best Discovery Video at MTN 4Syte Music Video Awards in 2016. and has been making a good hip hop sound since his rose to fame. Here comes a lovely jam, Omo Ada (Dem Sleep) by Medikal. Check it out.


Share Medikal - Omo Ada (Dem Sleep) Mp3 with others on;