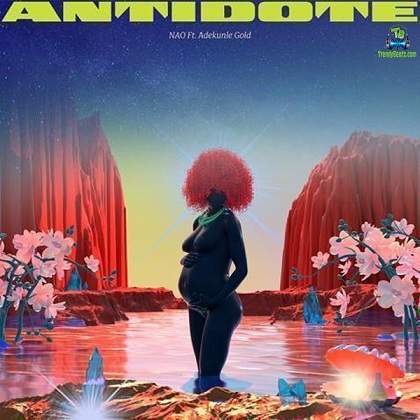 
The Multi-Talented London songstress, Nao comes through with this impressive jam ''Antidote'' on which she enlisted popular Nigerian superstar, Adekunle Gold who went very unique on his verses on this sound. The English singer and songwriter, Nao speaks in a press summit, on which she said that ''Antidote'' is the cure to 2020. A song born out of lockdown which was something that affected everybody in the whole world.

Nao real name Neo Jessica Joshua is an English singer-songwriter and record producer from East-London, her sound has been described as soul combined with electronic music, funk and R&B. Nao is singed under Little Tokyo Recordings. She released her debut album, For All We Know, in 2016 and her second album, Saturn, in 2018 and was also nominated as Best Urban Contemporary Album, at Grammy Awards 2020.

Moreover, Adekunle Gold whom Nao featured in this song "Antidote" is a Nigerian highlife singer, songwriter and graphic designer, who gained attention after releasing his 2015 hit titled ''Sade''. In 2020 Adekunle Gold dropped his debut album “Afro Pop Vol. 1” Album, consisting 8 tracks featuring Tekno, Patoranking and many more. Just recently Nao employed him on this jam ''Antidote''. which is a potential hit jam.


Listen to Nao Antidote Mp3 below!


Share Nao - Antidote ft Adekunle Gold Mp3 with others on;