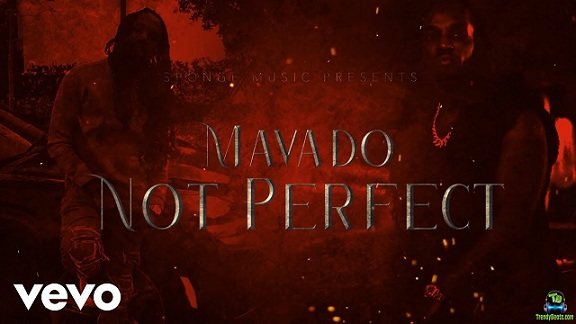 
The Multi-Talented Jamaican musician, Mavado limelight this one on a new note tagged '' Not Perfect'' as one of his 2021 single track, to thrill his music fans and lovers of music in general, which the production credit goes to talented making music producer known as Sponge Music. David Constantine Brooks widely known as Mavado is a Jamaican musician, singer and songwriter signed into. We the Best Music Group.

Mavado, has his first breakthrough in the year 2005 with his first single titled ''Real McKoy'' and further established himself with a follow-up record ''Weh Dem a Do''. after a string hit in 2005 and 2006, Mavado released the album tagged ''Gangsta for Life: The Symphony of David Brooks'' which was a successful hit. Since then Mavado has been making a good lyrics and nice vocals since his music career. Here comes another one from him entitled '' Not Perfect'' produced by Sponge Music.