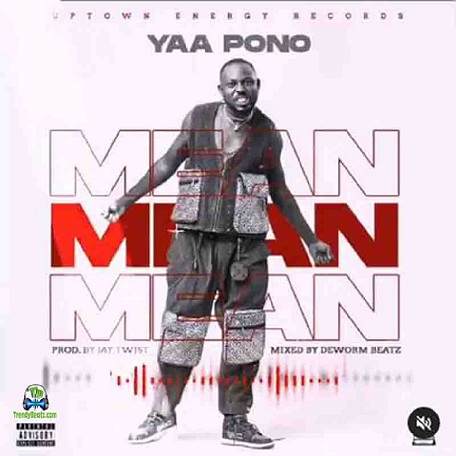 
Award-Winning Ghanaian musician, Yaa Pono delivers a new sound entitled ''Mean'' to thrill his music fans and lovers of music in general. Yaa Pono released this jam in just few hours ago, which is lovely soundtrack to enjoy. This song ''Mean'' was produced by talented making producer Jay Twist.

''Mean'' by Yaa Pono comes through after his last 2020 hit ''Peace Talk'' which he speaks about peace as Ghana holds it's general election which was produced by Mr Blakk Producer. He also dropped an EP, dubbed ''Thug Diaries (Dargo) EP, consisting of 7 solid tracks featuring Ghanaian top rated artist namely, M.anifest, Eno Barony, Bosom P Yung and many others. Now here comes a lovely sound from him titled ''Mean''.