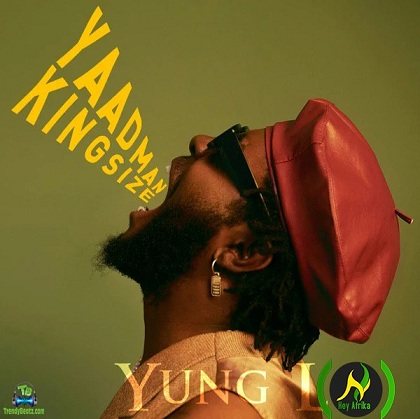 
Award-Winning and Dance Hall Musician, Yung L is now out again with another brand new hit song tagged, Yaadman (Intro), released about a few hours ago in the year 2021 as one of the Nigerian hit songs of the year. This song is now trending all over the Nigerian Music Province as a hit song appeared to be the lead single off his forthcoming album which entitled "Yaadman Kingsize" Album.

Yung L, who is a popular Nigerian leading star released this new masterpiece to entertain all his fans in this year which has already begun, He is about to present a new album as his new year project which has already become a talk of the Town in the Nigerian Streets and Areas.

Yung L's real name Christopher Omenye, is a Nigerian singer, songwriter and performer, who has been known in the Nigerian Music Industry as a popular artist who has been dropping hit vibes since his music career started. His new album which is still on the way consists of eleven tracks which features Wizkid, Seun Kuti, Tiggs Da Author and others.


Share Yung L - Yaadman (Intro) Mp3 with others on;

NSG - Only God Can Judge Me