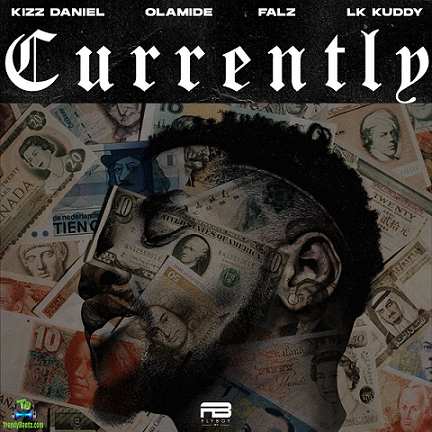 
Popular Nigerian superstar, Kizz Daniel outdoors a brand new song ‘’Currently’’ with the assistance of Nigerian hit-makers Olamide, Falz and LK Kuddy as they murdered this song with their good style of rap music, with good and nice vibes to enjoy, released just in few hours ago, which is a potential hit highly Anticipated..,

Haven't heard much from Nigerian Top Superstar, Kizz Daniel decides to drop his much awaited single track ''Currently'' which was a great collaboration as he Involves Nigerian hit-makers, Olamide, Falz and LK Kuddy.

Furthermore, This song ''Currently'' comes forth after he dropped his 2020 debut album King of Love which consists of 17 solid tracks, with good sounds and vocals, still making a huge airplay in Nigeria and many other Country. He also made his last appears in the year 2020 on King perryy's song Waist as The Man on Duty hit-maker features him on this one.
Now Kizz Daniel opens up his musical account this new year 2021, with this one ''Currently'' featuring Olamide Badoo himself, Falz The Bad Guy and Lk Kuddy, which got it's production credit to Masterkraft mixed and mastered by Swaps.