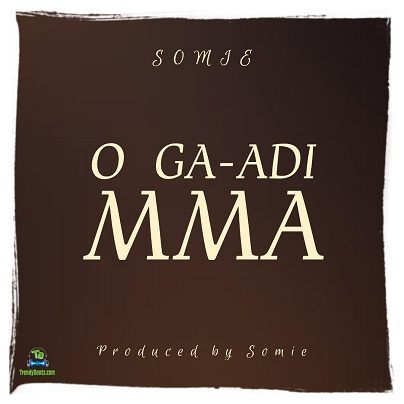 
Young and Talented hit singer, Somie is now out again with a brand new song which he titled as "O Ga-Adi Mma", released about a few hours ago in the year, 2021.


The Nigerian Afropop singer and musician, Somie has released a new song as his 2021 start-up hit tagged, "O Ga-Adi Mma" released recently in the year, 2021. This song is now trending in the Nigerian Music Streets and Areas due to its hit vibe and beats. He released this new song to entertain all his fans and also serves as his new year welcoming song and it was mixed and produced by himself, Somie.

Somie, who has always been there for his fans, released this song which also serves as an encouraging song to the people. The track title from the Igbo dialect "O Ga-Adi Mma" is a word of encouragement meaning that "It Must Surely Be Okay". He comments that whatever that goes wrong must surely go in its right way. He also drops the comments that we should always be thanking God for the gift of life He gave to us. This new song "O Ga-Adi Mma" is a sure song for you to stream and download without hesitating.