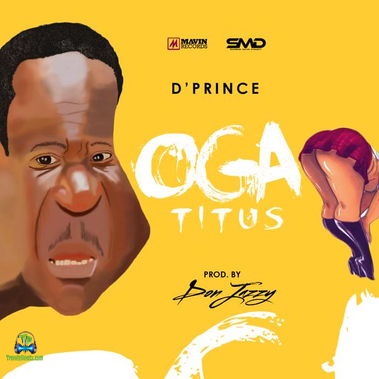 An amazing and dope banger hit song tagged "Oga Titus", was dropped by the Nigerian hit-maker, D Prince in the year, 2015.
Oga Titus was released in 2015 and it was one of the record back then that became an anthem. D Prince really came through on this one and the fans really love it.

This song back then in the music industry was a hit man. Oga Titus came out and stole the show from other artiste. Mavin record back then was so on point that any song they releases causes commotion.

Oga Titus appears to be a diss track, some people argue that the song was referring to Don Jazzy former partner and business colleagueD Banj. But however, What more can you say when you have someone like D Prince on a song and the producer is the Don Jazzy. When this record came out back them, it was really a trending song.


Share D Prince - Oga Titus Mp3 with others on;