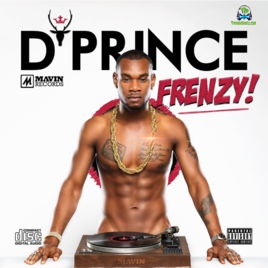 The Mavin singer, songwriter and performer, released this hit masterpiece tagged "Take Banana (Remix)" as one of his hit songs of the year, 2012 which trended in the Nigerian music industry.
He released this joint off his debut studio album titled, "Frenzy (Deluxe Edition) Album". D Prince also released this song to entertain all his Loyal fans by presenting it through his project album.

Moreover, D Prince made up his mind to serve this incredible masterpiece sound ''Take Banana (Remix)'' this jam comes through in 2012.

Take Banana till you go yo, is a party record that must put you on your feet anytime you hear it. D Prince specially did this one so we all can dance and groove to the beat.


Share D Prince - Take Banana (Remix) Mp3 with others on;